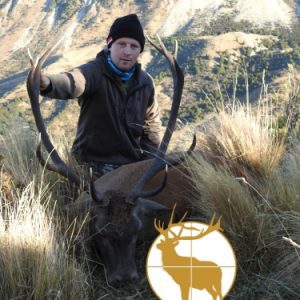 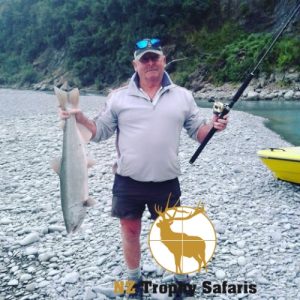 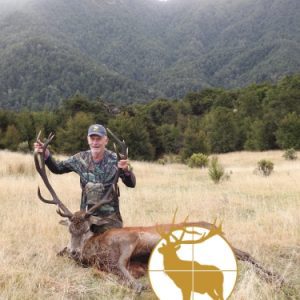 This product has a variety of prices for different types of tailored hunts e.g. Trophy hunts, meat hunts, transport cost. 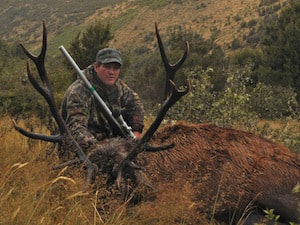 Blair Grice – Owner & Guide
Raised in the Canterbury rural town of Darfield with the mountains a stones throw away it was inevitable Blair would develop a love and passion for the outdoors. Starting off at a young age on small game and then moving into stalking red deer and pig hunting Blair soon found this passion was now a way of life and something he wanted to share with other people from around the globe. Whether it be rifle, bow or camera in hand, Blair just loves been out in the High country. Having secured many a good trophy of various species of big game here in New Zealand Blair now wants to help other hunters do the same and show them some of New Zealand’s best kept secrets in the back country. 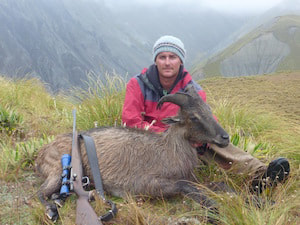 Matt Brake – Guide
Born and bred in the high country of Canterbury New Zealand and a 3rd generation hunting guide, Matt has formed not only a true passion but also a wealth of knowledge for the great outdoors. Since old enough to hold a rifle he has been chasing, shooting, photographing and videoing all species of animals we have to offer here in NZ.
A real kiwi bloke with a sense of humour, down to earth and a love for everything outdoors, from the mountains to the sea a gun on the hill and an entertainer off it sure to make your hunting safari one to remember. 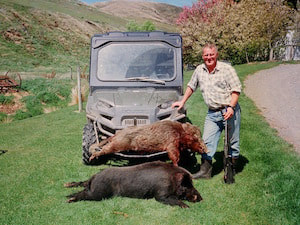 David Grice
Dave has hunted since the age of 17 and has many years of experience Hunting in New Zealand’s back country. With a passion for pig hunting the biggest boar he has caught is 280lb with also many more tipping the scales over the magical 200lb mark. At the ripe old age of 61 Dave still feels every hunt is like the first 44 years ago of which he did on horseback times have changed and he now hunts from the latest Polaris Ranger 900 of which is well kitted out to get you well into the rugged NZ back country. His dogs are of the Monteria Breed Grey Hound cross English Bulldog of which they are well known for their finding ability and stopping power. Also a red deer hunter Dave has plenty of great heads lining his walls all taken on free range public and private land. Dave looks forward to meeting new hunters and helping them to achieve their wish of nailing there trophy of a lifetime. 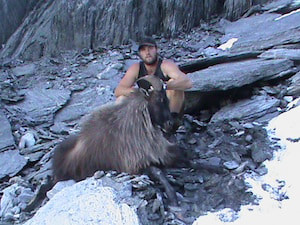 Josh Hill
Josh is a born and raised “West Coaster” with the infamous Whataroa Valley on his back door. He has a laid back, easy going attitude and strong love of the outdoors. He’s spent a lifetime perfecting the hunting skills required in the area to consistently acquire the “big three” Chamois, Himalayan Tahr and Red deer. While his primary job is a helicopter pilot, flying scenic flights out of the Whataroa Valley. This ensures him a huge advantage for guiding, as he is consistently sighting and evaluating trophy animals. 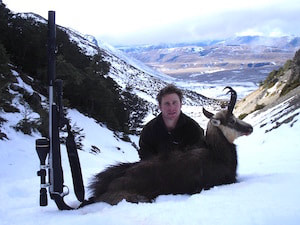 Byron Williams
Byron grew up in Mid Canterbury in a rural setting. He started hunting as a young lad mainly after deer, chamois and tahr. It wasn’t until his late teens that he really discovered the enjoyment and adrenaline rush of pig hunting, which led to him getting his own pack of pig dogs, finder bailers. Over the years Byron has taken a number of trophy animals in a range of species and looks forward to guiding other people from around the world fulfill their dream of taking a once in a lifetime trophy here in New Zealand.

There are no reviews yet.

Be the first to review “NZ Trophy Safaris” Cancel reply 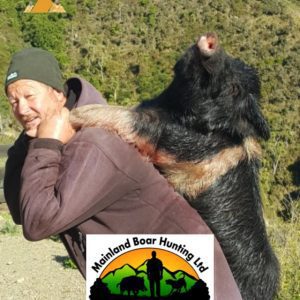 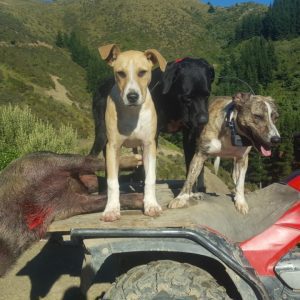 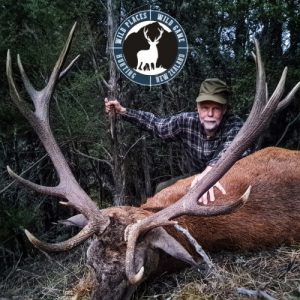 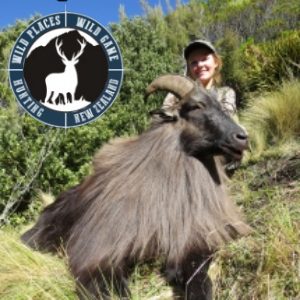 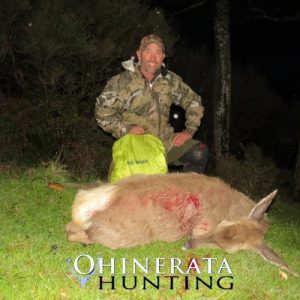 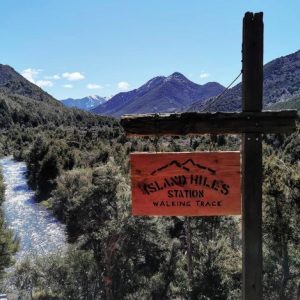